Understand the differences between right-brained and left-brained thinking.

Just as your brain has its conscious upper part and its subconscious lower part, it also has two halves called hemispheres. You might have heard it said that some people are more left-brained while others are more right-brained. That's not just a saying--Caltech professor Roger Sperry won the Nobel Prize in medicine for discovering it. In a nutshell:

The diagram here summarizes the qualities of "right-brained" and "left-brained" thinking types. 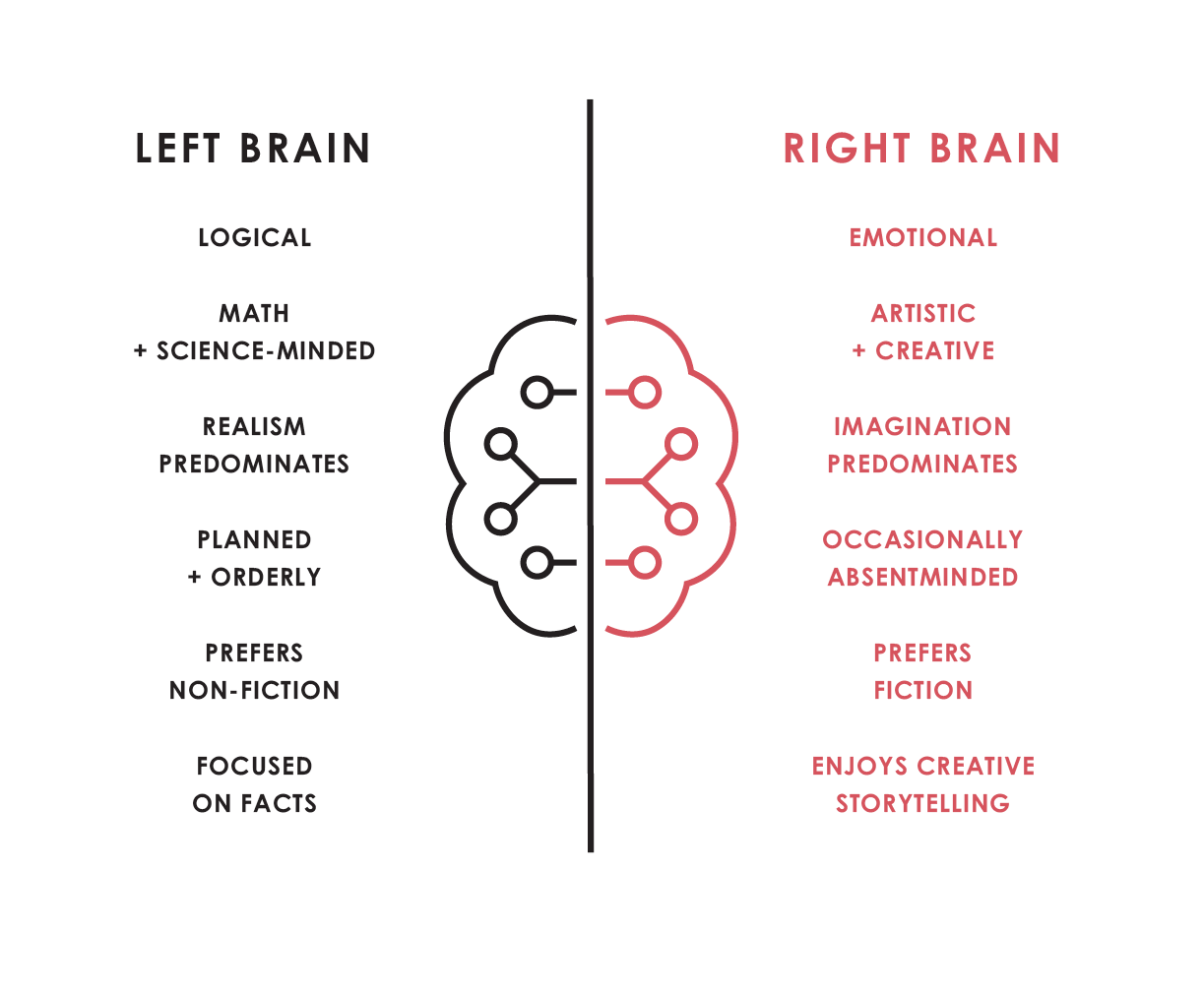 Most people tend to get more of their instructions from one side than the other and they have trouble understanding people who get theirs from the opposite side. Our experience has been that leftbrained folks tend to see right-brained folks as "spacey" or "abstract," while right-brained thinkers tend to find left-brained thinkers "literal" or "narrow." I have seen wonderful results occur when people know where their own and others' inclinations lie, realize that both ways of thinking are invaluable, and assign responsibilities accordingly.